Sam Gehrke is a Portland photographer. His focus is people on the street, on stage or in the studio. He has that rare ability to capture of how people are and not just how they look. We’ve been lucky to work with him on shoots for The Jupiter Hotel, No Bones Beach Club and FernDate.

Sam it’s great to hear from you! Tell the people what you do…

I’m a freelance photographer in the greater Portland area. I’m about 4 years into working independently and have dipped into almost every sector imaginable- from ad work to photojournalism, product photography, and a ton of opportunities in the music industry.

I learned pretty quickly that the only way I was going to be able to survive as an independent without a supporting full time job, was to get good at everything. As a result I’ve carved out a niche as a lead photographer for Willamette Week, as well as doing consistent work for a number of small businesses and agencies in the Portland and elsewhere.

When did you know you had to start your business?

It was probably when I started my 4th year in Eugene working as a full time video production assistant and editor. I’d gone to college at the U of O, and got a bachelor’s degree in video production and film theory. At first it was great, and I realize I was lucky to be able to jump right into a career that I’d studied for in school, but prolonging my time in Eugene made me really want to set my sights on a bigger city, and ditch a work environment where I was at the mercy of time.

Throughout my time in Eugene I’d always dabbled in photography, but after college it started to become more than just a hobby. By the end of my 3rd year at my old job I was getting off work and jumping right into photographing everything I could- starting with portraits and skate photography over at the local skate park, and segueing into shooting concerts wherever I could sneak my camera in. Eventually I just decided I needed to get out of Eugene- the 9-5 life wasn’t for me, and it was taking a toll on my mental health. Eugene was comfortable, cheap and easy to get by in, but it was the type of town I could easily see myself spending the rest of my life in without pushing towards any of my aspirations.

I think it was at that time that I decided I didn’t want to be a cog in a system- I wanted to work for myself and create my own work. I do like to collaborate, but there’s something so freeing about making my own schedule and my own decisions, and I was getting glimpses of that in the extracurricular time I devoted to photography. So in 2014 I withdrew my 401k from my full time, and used it to buy new equipment, and move to Portland to be a freelance photographer.

What’s your super power and how does it help you?

My superpower is definitely empathy, and being a child of the internet. I hate having my photo taken, and I think that allows me to empathize with my subjects – especially during portrait or headshots sessions. I’m really in tune with body language, and know when someone’s uncomfortable or nervous in front of the camera.

Concerning being a child of the internet: I spent most of my time as a kid, teenager and adult processing information from the web. I read a lot, not in the sense of literature, but more in the landscape of pop culture- movies, music, art, current events etc etc. I have a really good sense of people, and can more often than not key in on their interests. It’s really helpful to have a broad knowledge of the things in our world that people gravitate towards, and I get subjects to open up to me by honing in on the things that they’re interested in.

I’d say that 60% of a typical shoot with me consists of talking. It comes easy for me because I find very few people uninteresting- there’s always something to be gleaned from everyone in terms of their interests and what makes them tick. It seems kind of obvious that you’d need to be actually interested in others to be good at what you do, or even socially, but sadly I think the world is lacking in people that are genuinely interested in people other than themselves. Perhaps that’s cryptic of me to say, but I do think it’s a hard truth for people to confront.

Kindness and attention makes a world of difference if you work in a medium that deals principally with people, and interaction with people. It’s really simple, but probably the thing I’m best at, apart from the actual photography process of course.

What’s the most challenging thing about what you do?

I think probably the most challenging thing I do is the business side of things. The actual work comes pretty easily, and honestly I feel more comfortable in a working sense than I ever do socially. In terms of the business side of things- the hardest thing was, and still is knowing how to price myself. How do you put a price on something that is so intertwined with your creativity? It’s still something I struggle with a lot.

I think the system that eventually made me most comfortable was to work on a sliding scale. I hate turning down work, especially if a client can’t afford my base rate, so I feel less guilty, and less like a capitalist entity by offering varying prices on a client to client basis. Other than that, the other really hard part about being a freelance photographer is actually getting paid!

It’s definitely the most uninteresting part of my job, but the attitude that a lot of people take with me as a freelancer is surprisingly lax about timeliness and correspondence concerning compensation. I spend a huge amount of time chasing down money that I’m owed. On the flip side, a lot of my clients are really prompt and transparent about money, but I’d say there’s an overruling attitude about contracted workers that holds people like me to a slightly lowered standard in terms of things that would seem like no-brainers for a regular employee.

What does a great day look like for you?

Haha probably working enough during the day for me to feel tired enough to sleep well at night.

What and/or who is inspiring you these days?

Ah that’s a good question. I have trouble with that one these days, mostly because I tend to compare myself too much and feel hopeless about being as good as them. In terms of photography, I really like this guy Denzell Leonard – he’s out in Michigan, like the Detroit area and his photos remind me of where I’m from and how different it is over in the Midwest compared to the Pacific Northwest. It’s really raw imagery- that really shows how wild and lawless Detroit is, for better and for worse. I think he’s gonna be on the forefront of a huge arts and creative boom in Michigan in the next few years.

Another guy I really look up to is Boogie – he’s a photographer from Belgrade that’s been around for a minute, but his stuff still amazes me. He still shoots only on films and pieces together all of his camera from pieces of other ones- kinda like Frankenstein cameras. Boogie’s what I aspire to be in terms of connecting with people effectively- that guy can build relationships and comfort levels with everyone. He’s photographed gang members, drug dealers, drug users, murderers, mothers, families, police officers- the list goes on and on. I admire him so much because he can fully look past peoples’ flaws and vices, and interact with them just the same as everyone, and his photos reflect that.

In the music world there’s too many to mention, but I still am inspired by the underground hip hop artists I was listening to back in middle school- mainly cause they still paint such a relatable picture of what my life is like, along with emotions unrelated to work- artist like Atmosphere, Aesop Rock, Sage Francis and El-P. Those guys are all still the greatest, and I’ve gotten opportunities to work with a handful of them. It’s really humbling to know how nice they are in person, and somewhat validating that I’ve come so far as to contribute in some aspect to their art.

Lastly, but definitely not least- Brit Marling: She’s a writer, actress and director that has been operating in the realm of sci-fi cinema for like a decade or so. She’s such an anomaly in her genre, and creates such dreamy universes through her writing and directing. She most recently put out a 2nd season of her show The OA, and it continues to be the most through-provoking and beautiful piece of media I’ve ever seen.

Cut to the chase
samgehrkephotography.com 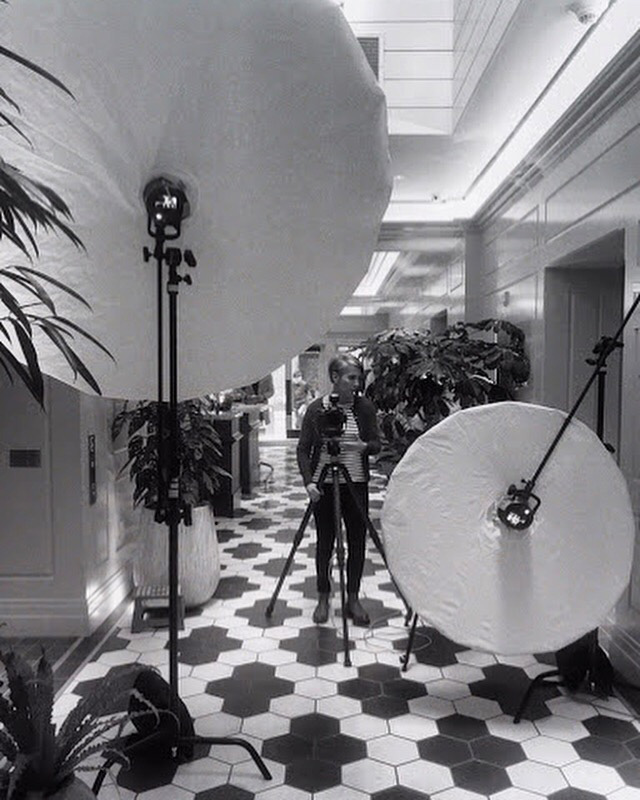 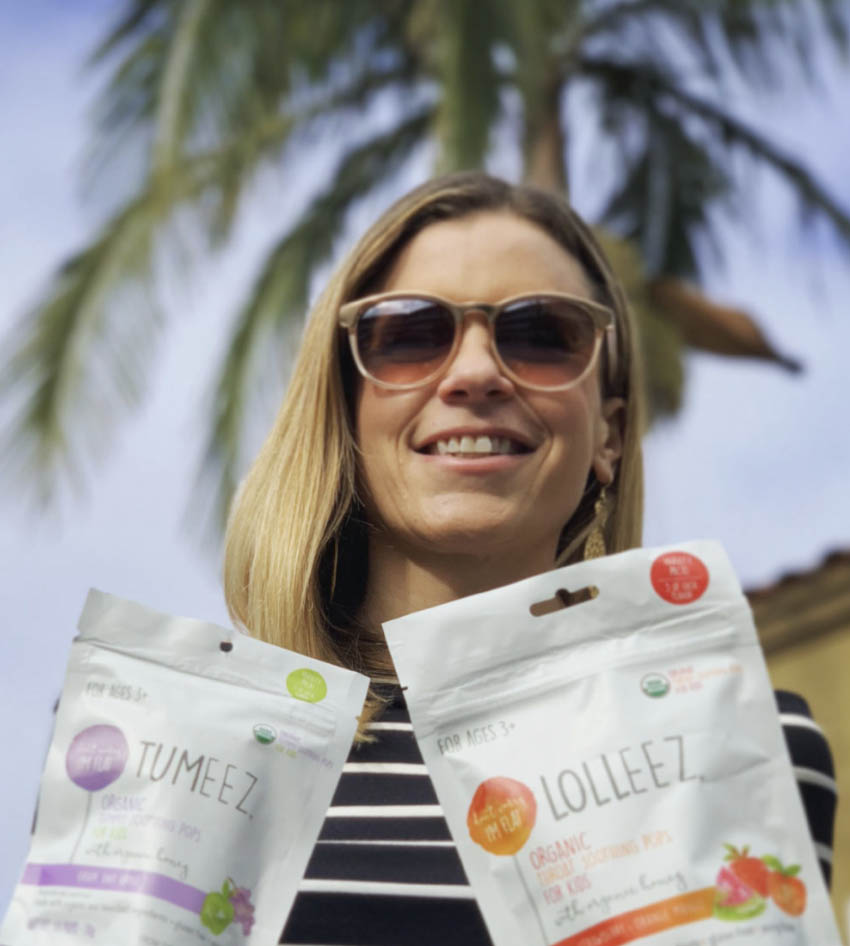